Waste reduction, advantages for all 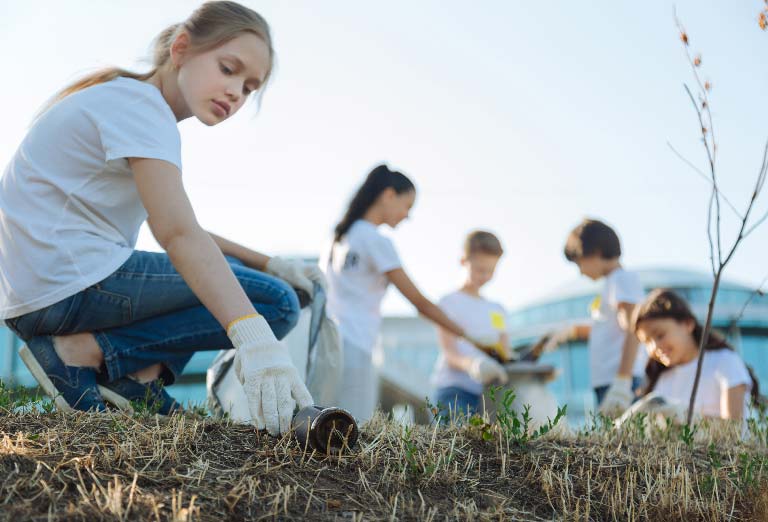 Avoiding waste, respecting recycling rules, recycling whenever possible: these are some of the ways to preserve and maintain our natural resources for the benefit of ourselves, the environment and especially future generations.
Reuse and give value to waste – from paper to aluminium, from glass to wood, from medicines to batteries – this all helps make our cities more liveable, preserving the landscape and reducing environmental impact.
Greater attention and discussion has been dedicated to waste sorting and recycling recently, thanks also to the large debate launched during Expo 2015.
Will it become an increasingly important commitment for businesses? Will it mark a change in behaviour for everyone, and not just those who are more attentive? Probably both.

The importance for companies
As for companies, the European Commission stresses the need to substantially contain waste by 2030: the goal is to recycle 65% of urban waste, 75% of packaging waste and reduce the waste ending up in landfills to 10%.
To achieve these goals various measures are necessary, such as increasingly environmentally-friendly design. According to data from the Commission, the prevention and reuse of waste can generate net savings for companies in Europe of up to 600 billion euros, or 8% of turnover, while reducing annual greenhouse gas emissions by 2-4%. Moreover, implementing additional measures to increase resource productivity 30% by 2030 could raise the GDP nearly 1% and create over 2 million jobs.

The role of citizens
According to Ispra’s latest report on urban waste the production of urban waste in Italy in 2014 was 488 kg per inhabitant. It is fundamental that everyone, even those who are less attentive to environmental issues, understand the importance of waste sorting which, if applied correctly, brings only benefits.
Citizens should know that once materials have ceased to serve their function, they should not be regarded as waste but as goods which are still useful to recover or recycle.

It is therefore important to improve communication and teach circular thinking!