The oceans. Protecting them to protect ourselves. 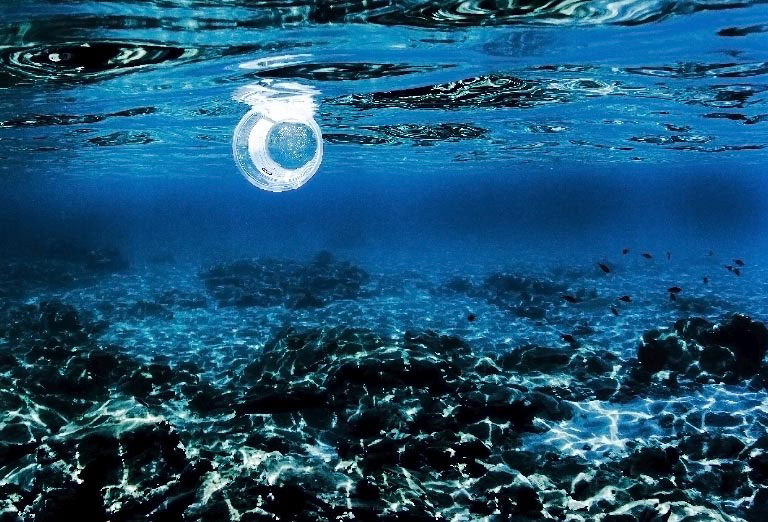 The future of our climate depends on their health.
The oceans are among our most important resources. They cover 70 percent of the Earth’s surface, absorb 90 percent of the planet’s heat, 30 percent of CO2 emissions related to human activities and host most of the organic life on earth. They contribute to keeping global temperatures stable and in equilibrium as they collect the fresh water that melts from perennial ice. In short, their contribution to climate change mitigation is fundamental, as has been recognized during the day dedicated to the oceans held in 2017 at the Climate Conference, at the COP 23 in Bonn.

Global warming starts here.
The oceans are the best indicators for understanding the effects of global warming. Rising temperatures and water acidification are just some of them, and are causing perhaps one of the worst crises ever: the death of much of the Australian Great Barrier Reef. The oceans are the collectors of fresh water coming from melting ice, in particular in the Arctic. This not only causes the already well-known rise in sea levels, but also a far deeper change in global weather dynamics.

A sea of energy resources.
The oceans can also offer us solutions, particularly in the renewable energy sector. For instance, think of offshore wind power, i.e. the power plants located off the coast, whose installed power is estimated today at about 13 GW (gigawatt). This is one of the fastest growing sources in recent years, whose technology has improved, with floating wind turbines and mega-structures capable of producing twice the electricity of earlier ones. The simple energy from ocean waves could become a fundamental tool in the production of clean, constant and available energy. This is demonstrated by the numerous projects currently being completed or already operational, from Scotland to Australia.

Look to the oceans to look forward.
The oceans play a fundamental role in increasing the resilience of the planet and offer a unique opportunity for humans to reduce climate-changing emissions of anthropogenic origin. For this reason, they can no longer be left out of international political choices or our lives. If the oceans stop supporting life, we could probably never go back.

An e-book to raise awareness from Sofidel.

Its title is “The Water Factor. Hygiene, Environment, Ethics, Economics”. This is the e-book published by Sofidel in collaboration with the Giangiacomo Feltrinelli Foundation. A collection of contributions from experts in water and its multiple implications for public health, the environment and economics.
Free of charge from the Feltrinelli Foundation website, the e-book was created with the aim of raising public awareness of the possible impacts of so-called “blue gold” on human health. This topic can no longer be neglected. One of the contributions came from Alessandra Goria, “Water: a precious resource for the policies of mitigation and adaptation to climate change.”